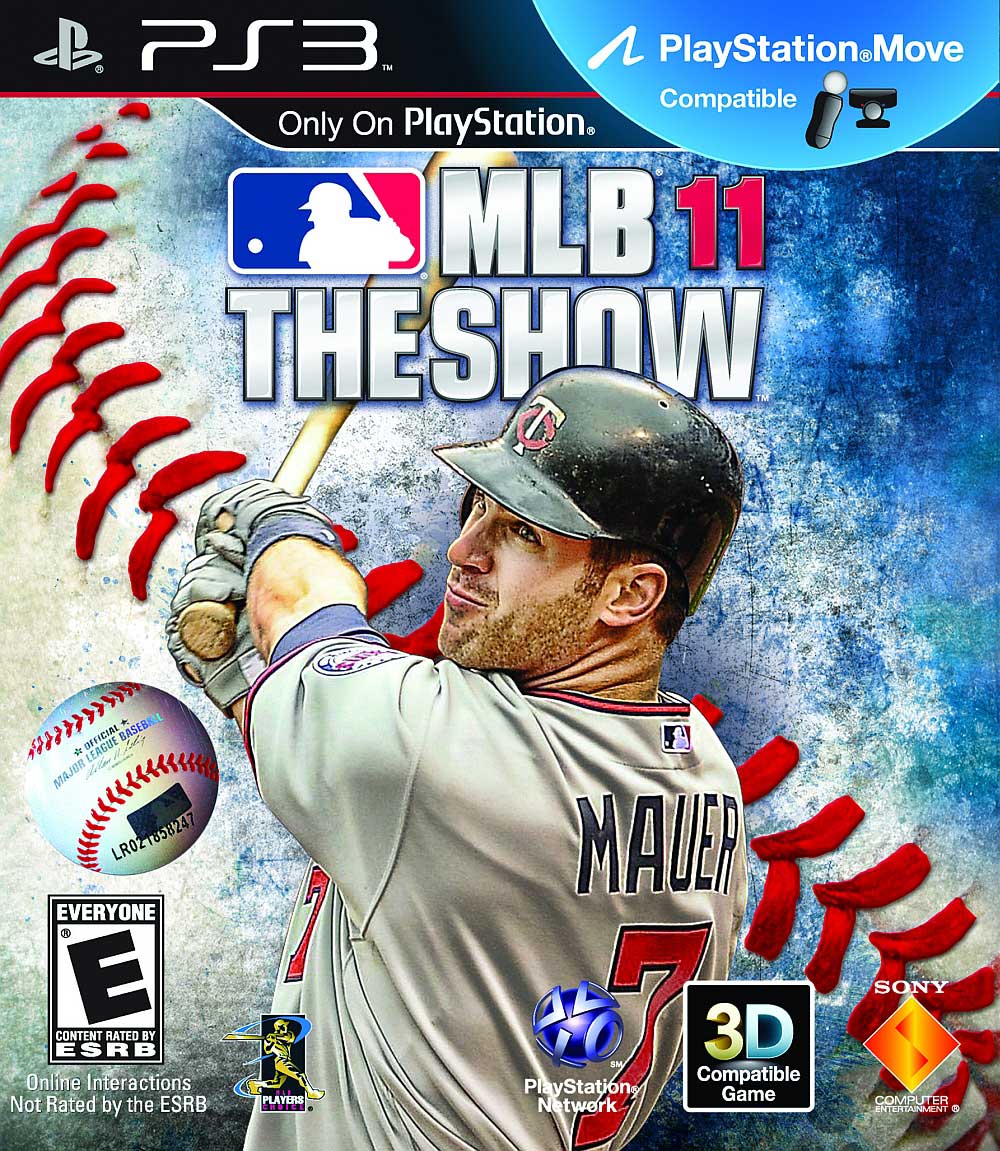 Three years ago, I got the itch to play some video game baseball. It had been probably been 4-5 years since I’d owned any baseball games and I determined that the time had come. After a little online research, I found that the consensus best baseball game was MLB 11 The Show (Joe Mauer was on the cover that year) and it was only available on the PlayStation 3. Problem was, I only had an Xbox 360. The only baseball game for Xbox 360 was MLB 2K11, which apparently was crap.

Well although I really wanted to play some baseball, there was no way I was going to buy a $300+ gaming console for just one game – I’m not a hardcore gamer and there just wasn’t any justifying that. Yeah, I technically had a second justification in that I still didn’t have a Blu-ray player and the PS3 could function in that role for me, but that still wasn’t sufficient – I’m way too cheap for that to be enough.

How About a Used PS3?

Since a brand new PS3 was out of the question due to price, I started looking at used ones in places like eBay, Craigslist, and KSL Classifieds (I was living in Utah at the time and KSL’s classifieds are much bigger than Craigslist there). I preferred a newer model as I intended to keep it a while for the Blu-ray aspect, and also in case any other PS3 games came along that I was interested in.

Every so often I would check one of the sites mentioned above to see if any good PS3 deals had popped up. And pop up they did – but I was always too late for the REALLY good deals – by the time I called on them they were long gone, even if they’d only been posted maybe 30 mins. before. After seeing some of the great deals come and go, usually on Craigslist and KSL, I was pretty set on waiting for a good deal for a used machine, but was feeling some frustration due to always being too slow. Basically, to even have a chance of catching a great deal, I had to constantly be checking Craigslist and KSL, and who has the time for that? If only there were a way to be alerted immediately as soon as something I was interested in was listed so I could beat out those other deal-seeking fools…

Nerdery to the Rescue

And I thought to myself, “Wait a minute, I’m a computer nerd – there’s got to be a computer nerd way to approach this.” A year or two before this, I had built a simple website monitor

to monitor the uptime of some sites I run – it requests a page, makes sure it loads with an HTTP 200 status code, and looks for a string of text on the page, sending an email alert if it fails. I figured  the same basic concept could easily work for doing my PS3 classified searches.

So I built a little classified watcher app for Windows. It allowed me to configure multiple searches against KSL and Craigslist:

The searches were configured by manipulating the URLs of the requests – min/max price, distance from me, etc. I made separate handlers for KSL and Craiglist due to the obvious differences in their sites. Every time the watcher would run, it would check the ads it found against the list of ads that I’d already seen in previous requests, and then send me email alerts with any new ads matching my criteria (if an ad was updated then it would get re-sent). I set it up to run every 10 mins. or so using Windows Task Scheduler.

My new classified watcher app ran for a few days without finding me anything awesome, but then I received this email one morning:

Nice – a 120 GB PS3 with 16 games, 2 controllers, and the DJ Hero turntable. Even if the games were complete crap, which it turns out they weren’t (at least not all of them), that was a screaming deal. I called the guy, told him I’d give him his asking price, that I’d pick it up that morning, and he said it was mine. As it was a weekday, I still had to get ready for work, then the guy’s house was an extra 20 min. farther drive than work, so it was a bit before I got there. While I was on the way, I got this update from my classified watcher that helped reassure me that the deal was mine:

So the package came with 16 games, but I didn’t really want any of them, so I figured I’d just sell them off. I pulled up Amazon’s video game trade-in store to see what they were worth. Amazon’s trade-in program is pretty nice – they tell you up front how much they’ll give you for the games, then they’ll give you a UPS shipping label and pay for the games to be shipped to them. They also have trade-in stores for electronics, textbooks, DVDs, and music. Some of the games were worth just a few bucks, and I ended up keeping a couple of the decent ones due to that fact, but some were actually worth something.

Did my nerdery work and get me a PS3 for cheap? Yes it did. Was it worth it? Probably not, given the time and effort I put into finding one on the cheap, including the few hours it took to put together my classified watcher app, etc. But I’m fine eating that time cost as it was a fun little project that yielded the exact result that I wanted. When it was all said and done I think I ended up with: